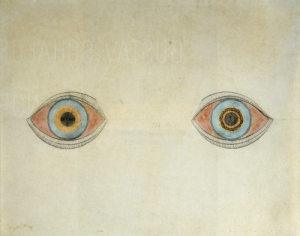 The glorious infusion of gentian with wine tumbled over my senses, bedding me gently under a blanket of soft whispered scents and seductively flavoured strokes. It took me some time to recover from such an absolute ravaging of my senses.

“George, are you quite all right?” Mildred asked me as I lay slumped at the foot of the chaise.

“I am the absolute zenith of exquisiteness.” I burbled back.

I don’t think she understood what I said to her at all.

“You realise you are foaming at the mouth. It’s truly embarrassing.”

“My dear, embarrassment is no longer a possibility for someone who has reached such an epoch. So total is the sensation of my euphoria that such worldly trifles have diminished utterly in comparison.”

“Please stop screaming George they are only in the next room. You need to pull yourself together before they come back.”

“I am the hydra Mildred. Attempt not to remove my head. Remove the head and the body will thrive!”

Stephen returned from the kitchen. Great swathes of copper-hued phosphor flames licked his torso and face before flying out about the room. A smile sprawled across his face as he watched me convulsing on the floor. It caught in the flames and flickered out beyond his head. A grin of such pure and monstrous menace could have only one effect: to send his eyes burrowing deep into his head until they could be seen only at the distant ends of two black pits.

“Ah George I see you’ve finally loosened up and decided to enjoy yourself.”

“I’m so sorry Stephen, I don’t know what’s wrong with him. He normally has a glass of brandy in the evenings but I’ve never seen him like this.”

Linda stuck her head out from the kitchen. “Is George all right Stephen? His shrieking is getting quite loud.”

Linda’s head continued to emerge from the kitchen but her body did not follow. Instead it continued protruding into the living room on a long writhing neck patterned with highly contrasting stripes.

“What are you talking about Stephen?”

“Well Mildred, Linda and I decided old George could do with some lightening up.”

It turned out the blighter dosed me with a horse’s share of the old lysergic.

Well, six hours later I certainly had a different perspective on things.