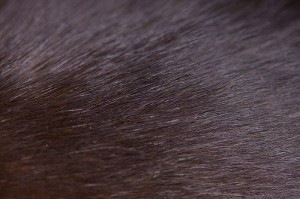 It is a special kind of phantom cat that appears as a kitten, so adorable that anyone who sees it cannot help but stroke its tiny furry head.

This of course is a fatal error. The hairs on the kittens head respond to even the lightest touch, triggering the entire head to come away from the body leaving a perfectly smooth, round patch of exposed red flesh where the neck previously connected.

Inevitably, the head will roll under a cupboard or behind an air vent where it can be seen but remains out of reach. The eyes will close or at least be facing away so that it could simply be a large ball of dust that has gathered there. While the victim is distracted by the rolling head the body staggers off out of sight and disappears.

The victim will likely try to gather up the head to dispose of it but quickly become disheartened at the idea of holding the severed head of a kitten in their hand and so make only the most feeble attempts to coax it out.

They will try to forget about the whole horrible episode and go on about their day but at regular intervals their eye will be caught by a small furry ball sitting under the dresser and they will think, “What’s that?” and then they will remember what it is and again be overcome with dismay.

An unusual characteristic of the Phelidex is that it appears primarily to weary house husbands. Often the encounter with the Phelidex will seed a deep and long lasting melancholy precipitating intense loneliness and even active disconnection from the company of others. It is rare to outlive the melancholy of the Phelidex.