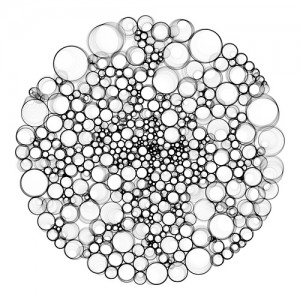 A crowd had gathered in a large circle. Colin approached someone at its edge.

“What has this crowd gathered for?”

“I’m not sure. I’m trying to get closer to the front so I can see what they are looking at. The crowd is so densely packed I can’t get in. It must be important whatever it is. Look at the people gathered.”

Colin looked at the backs of the heads in the crowd. They were very refined backs of heads. They were the kind of backs of heads that intellectuals and socialites might have, artists and entrepreneurs; Intelligent people with important opinions.

Colin looked for a place to get in. He walked all around the circle pushing in at various places, asking people to move out of the way slightly but everywhere he tried the crowd was so densely packed that he could never make it far enough to see what they were looking at.

He stood in one place hoping the crowd would eventually thin out and allow him to see what everyone was looking at. He waited so long that his legs became tired and still there was no room for him. Worn and dejected he slumped on the ground.

There, around knees and ankles, for one short moment his attention fell from the crowd in front of him. His gaze wandered slightly to the side. From the corner of his eye he briefly glimpsed another crowd, gathered in a larger circle around the first.

Colin turned his gaze back quickly and tried to scramble through legs to the inner circle.